I work in a Danish company, and i had a meeting in my company's headquarter in Copenhagen. Denmark was quite familiar to me, since i had lived there multiple times.

I remember my first time moving to Denmark, and the very first time i used Tinder. My first date from my matches was with Eve. At the time, Eve, lived also in Denmark, but in a different city. We were both open to try new things and explore our kinkyness. That spring i spent in Denmark is very clear in my mind. After several years i still fantasize the things we did together. Eve was submissive, and eager to play with me. One time, we would switch the roles, but mostly, I dominated Eve and she begged more. It wasn't hardcore, but it was the level we both enjoyed. That was enough for us.

After a few months, we both moved away from Denmark, and occasionally we chatted via facebook messenger. Oftentimes the sincere chatting turned to sexting and changing nude pictures. I enjoyed the little secret thing we had going without any strings attached! Sometimes so much time had passed between our "sessions", that i wondered if it would be appropriate to approach Eve anymore. That wondering faded away quickly, when i noticed Eve's nipples in my phone screen. Years after i last touched them and held between my lips. Eve's tits are big, round, and perky. The skin smooth and soft, like all around her body. I had covered those beauties multiple times with my cum, and still fantasize that.

By occupation Eve is a psychologist, and after I recently chatted with her, i learned that she would give a speech in a psychology seminar in Copenhagen. Better yet, the 3 day seminar would be held the same exact dates as my work trip. I bluntly asked if she would want to catch up with a cup of coffee, and of course she said yes. No one mentioned any sexual activities, but it only raised the tension of the meeting.

A day before the trip, i received a message from Eve. She started her message saying "i feel naughty", and continued, "what will you do to me, sir"? I smiled, and got a instant boner just thinking what could i possibly do with her. I did not give a straight answer, but replied with a question "what i am allowed to do for you"? She promptly replied: "Anything." With a dot in the end, emphasizing the fact that she is willing to do just about anything. She also said that she will bring some of the toys and nice lingerie with her to please her master. As her master, i ended the brief chat by saying instructions will follow soon. I knew at least some of the toys, since we had been playing with them together.

Even though we were texting, i sensed that she was panicking a bit. She's very good at what she's doing, and suddenly she needs to dress like a slut in a professional event! But like always, she managed to surprise herself, the audience, and me. She handled the first set of instructions with high black heels, tight, short, black dress, and black lace bra. As her hair was naturally almost pitch black, this was stylish, but unbelievable sexy outfit. At the same time it was perfectly balanced between a slut and a professional, but borderline of 'too much'. But of course, heels, dress, and bra was all she was wearing.

She send a picture of herself from the seminar, evidence that she had done everything like i had told to. I must say she looked stunning, and i had difficulties to remember the second set of instructions. I had to gather my thoughts, and only replied "good girl. wait for new instructions".

couple of hours later, in the afternoon, i knew that Eve had been without any panties for the whole day. I sent her new instructions.

Time: 18pm
Place: Her hotel room
Outfit: Black thongs, high heels, pigtails, and blindfold.
At 18pm, she would dress like instructed, leave the room door open, and would sit on her knees in front of the mirror, to wait.

We had not met yet in copenhagen, so the last time we saw each other was a couple of years ago. I wondered if the instructions were too bold for the first meeting, but before i finished my thought, she replied with text i had seen many times before, "your wish is my command". I was pleased.

I entered the hotel a couple of minutes before agreed time. I climbed the stairs to her floor, and maybe 18.01 pm i saw that her room door was just a bit open. My heart pumped, she would be sitting there, blindfolded, only thongs on her, waiting to be used. I decided to walk around the floor, to give her time to wait a few minutes. Those minutes must've been felt like eternity for her.

I intentionaly walked slowly through the hotel hallways. She must've been heard me, as her hearing senses would work better after the vision is blocked. I stopped at her door. Waited a few seconds, before slowly push the door open. There she was, dressed exactly like told. Except the first thing i noticed, that she had brought more toys with her. In addition to blindfold, she had put herself ballgag over her mouth as well, and nipple clamps connected with chain to her nipples. I was proud of my little slut. I walked in to the room, and slowly took my shoes and jacket off. I wanted her to wait just a bit more. I did not say anything. The room was completely silent, and i could hear her breathing faster than normally she would. I her to the other end of the room passing her to see the view from the window. After that, i closed the curtains. I turned back, and realized only now that for some way Eve managed to self-bondage her arms to behind her back. I do not know how she managed to do that, but i did not care that much either. I was so pleased to see her initiative. we had not said a word to this far, and in Eve's case, it wasn't even possible.

Without saying a word, i tightened the ropes around her wrist, so i would know they are nice and tight.

I looked around some more, and noticed that Eve really did felt naughty. She had written a letter , which was on the hotel table.

I am all yours. I beg you, please use me as a dirty little slut. On the bed you can find all my favorite toys. Please use them as you wish,

I did not know how she managed to brought all those toys with her, but i know that some of those were new ones. In addition to the old rabbit, magic wand and small buttplug, the toy collection now included medium and semi-large buttplugs, a whip, and a add in to the magic wand. I looked the toys and smiled. This would be fun.

I took the whip, and slowly started dragging it from Eve's left thigh, across the stomach and breasts, to her neck. I walked around and gave her first smack with the whip to her ass. She made a umf-sound. I lifted the chain of the nipple clamps with the whip, gently pulling it away, until she moaned again, this time just bit more loudly. I pulled the room's armchair to front of her, gently guided her to lean on it. Eve was now on her knees, hand tied behind her back, and leaning forward with chest on the armchair. I put the whip away, petted and spanked her with my hand. I pulled the thongs to her knees, grabbed the medium sized buttplug, gave it some lube, and slowly insterted to Eve's ass. The last couple of centimeters when plug's shape swallowed it inside Eve, made her moan once more, clearly from pleasure.

I remember Eve saying a few months earlier when we had one of our secret texts going on, that she really misses ass-fucking. I had not forgot that, and would give her life of her time. I slowly moved the medium sized plug in and our, to loosen Eve's ass. I could tell that she was enjoying this. I switched to the bigger buttplug. This one needed a bit more warming, but once it was in, it really filled Eve. When the plug was in, i lifted Eve back to her knees, only that I could pull the chair away, and this time eve would lean forward all the way to the floor. I allowed some pillows under her, but let's just say, she would not move herself from this position.

It did not take long to Eve to have an orgasm. It was loud and Eve was shaking. That's the sight i was missing, it looked phenomenal. I removed the magic wand, put it on the bed next us and guided Eve to lay on her back on the bed. I had an erection i had not have in a while, I wanted to fuck Eve so badly. Eve was all wet, and i wanted to taste her first. I licked her pussy and i know Eve enjoyed that, but as i was so horny i could not wait more. I know Eve would have wanted more, but that thought quickly disappeared, when i slid cock inside her. As Eve just had an orgasm, the second was even faster. Eve layed on her back, still blindfolded and gagged, gorgeous big tits with nipple clamps bouncing, hand tied behind her back, and a buttplug inside her.

I untied Eve, and we kissed. Hi there, she said, and laughed.

We were exhausted and spent the evening with chatting , but I could sense from Eve's behavior, that as this is only the first day, she had something in my mind that i did not know.. 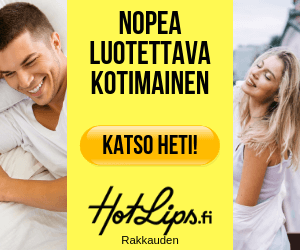